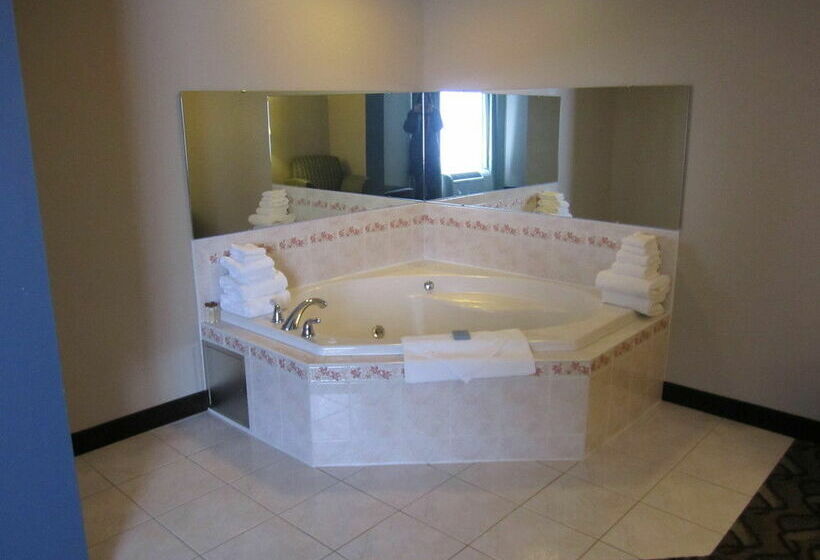 When you stay at Wingate by Wyndham Latrobe in Latrobe, you'll be minutes from Saint Vincent College. This hotel is within the region of Westmoreland Mall and Idlewild and SoakZone. Enjoy recreational amenities such as a spa tub and a fitness center. Guests can catch a ride to nearby destinations on the complimentary area shuttle. Featured amenities include complimentary high-speed (wired) Internet access, a 24-hour business center, and express check-out. Planning an event in Latrobe? This hotel has 900 square feet (81 square meters) of space consisting of conference space and meeting rooms. A roundtrip airport shuttle is complimentary at scheduled times. Make yourself at home in one of the 80 air-conditioned rooms featuring refrigerators and microwaves. Wired and wireless Internet access is complimentary, and LCD televisions with cable programming provide entertainment. Private bathrooms with shower/tub combinations feature complimentary toiletries and hair dryers. Conveniences include safes and desks, and housekeeping is provided daily.