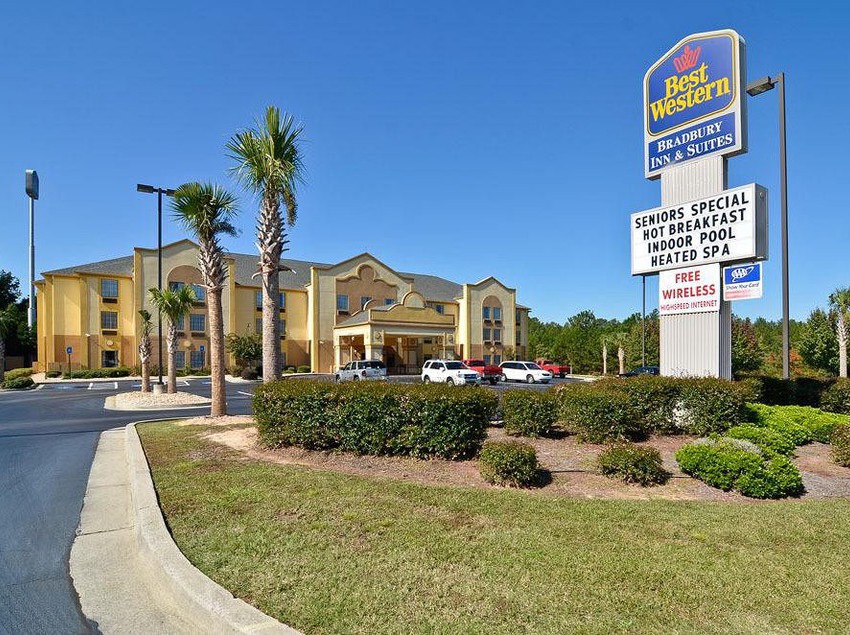 Located in Perry, Best Western Bradbury Inn & Suites is convenient to Georgia National Fairgrounds & Agricenter and Go Fish Education Center. This hotel is within close proximity of Perry Area Historical Museum and Perry Golf Club. Take advantage of recreation opportunities such as an indoor pool, or other amenities including complimentary wireless Internet access and a television in the lobby. Featured amenities include a business center, express check-in, and complimentary newspapers in the lobby. Free self parking is available onsite. Make yourself at home in one of the 75 air-conditioned rooms featuring refrigerators and microwaves. Complimentary wireless Internet access keeps you connected, and cable programming is available for your entertainment. Private bathrooms with shower/tub combinations feature complimentary toiletries and hair dryers. Conveniences include desks and complimentary weekday newspapers, as well as phones with free local calls.