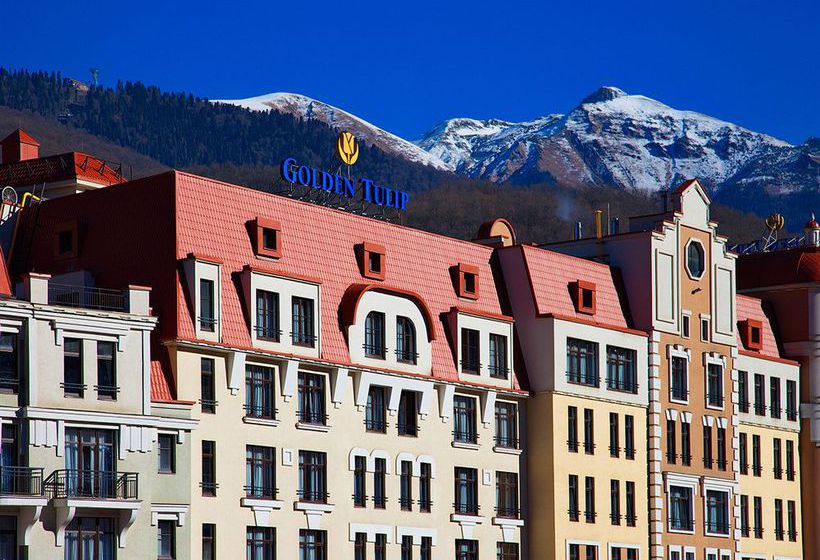 With a stay at Golden Tulip Rosa Khutor Hotel in Krasnaya Polyana (Estosadok), you'll be minutes from Sanki Sliding Center and close to Estosadok Ski Resort. This 4-star hotel is within close proximity of Rosa Khutor Extreme Park and Gorky Gorod Mall. Enjoy the convenience of ski-in/ski-out access at this hotel, which also features a sauna and a fitness center. This hotel also features complimentary wireless Internet access, concierge services, and supervised childcare/activities. Featured amenities include complimentary high-speed (wired) Internet access, a business center, and express check-out. Planning an event in Krasnaya Polyana? This hotel has 8500 square feet (790 square meters) of space consisting of conference space and meeting rooms. Make yourself at home in one of the 162 air-conditioned rooms featuring minibars and flat-screen televisions. Complimentary wireless Internet access is available to keep you connected. Bathrooms have hair dryers and bathrobes. Conveniences include phones, as well as safes and desks.